If you need a more accessible version of this website, click this button on the right. Switch to Accessible Site 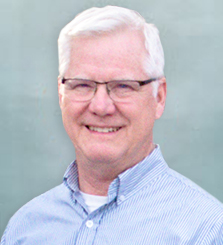 James W. Farrell is a native of the western NY area. He graduated from the College of Wooster in Wooster, Ohio and received his Podiatric training at the William Scholl College of Podiatric Medicine in Chicago. He began his private practice in Rochester, NY in 1985 where he also developed The Foot Performance Center, a clinical gait analysis and orthotic laboratory. Fifteen years later Dr. Farrell moved his Practice to Skaneateles where he purchased the Skaneateles Foot and Ankle Center. That Practice has since expanded to become the Westside Podiatry Center with 2 additional offices in Liverpool and Camillus, and three additional Podiatrists.

Dr. Farrell is a Diplomate of the American Board of Podiatric Surgery and has surgical privileges at Community General Hospital and the Camillus Surgery Center in Camillus, and at Auburn Memorial Hospital in Auburn, NY where he performs a full spectrum of podiatric surgical procedures. He and his wife Katherine live in Skaneateles with their dog Maggie. Their three children, Ryan, Sean and Kelsey are all either in college or graduated. When the children were in High School Dr. Farrell was president of the booster clubs for the soccer team for 6 years and volleyball team for 2 years. An active part of the community, Dr. Farrell served on the Board of Deacons at the Skaneateles Presbyterian Church, and has volunteered for over eight years as member of the Song Mountain Ski Patrol. The entire family enjoys boating, skiing and golf. 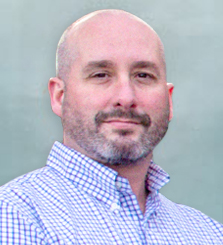 Chad Rounds, DPM is an Upstate native. He attended LeMoyne College for his undergraduate degree and received his Doctorate from Temple University.

His surgical residency in reconstructive foot and ankle surgery was completed at the Crozer-Keystone Medical Center in suburban Philadelphia. Dr. Rounds has extensive experience in Diabetic wound care and limb salvage surgery. His training included work at one of the largest wound care centers in the Philadelphia area, as well as specialized study in the use of internal and external fixation techniques for the lower extremity. Dr. Rounds has traveled to Europe for advanced surgical training.

Dr. Rounds is Board Certified in Foot Surgery. He is an Associate of the American Podiatric Medical Association and the American Professional Wound Care Association. Dr. Rounds lectures throughout Central New York and is on staff at Oswego Hospital, St. Josephs Health Center as well as Camillus Surgery Center.

Currently, Dr. Rounds and his family live in the Liverpool area. He is a former collegiate Rugby player and is still active in multiple sports.

Dr. Wadie is board certified in Foot surgery and board qualified in Reconstructive Rearfoot and Ankle Surgery by the American Board of Foot and Ankle Surgery (ABFAS). He is also an Associate of the American Podiatric Medical Association and a member of the American College of Foot and Ankle Surgeons. Dr. Wadie has privileges at St. Joseph Hospital and Crouse Hospital where he performs a full spectrum of podiatric surgical procedures. Dr. Wadie is a member of the Diabetic limb Salvage team at St. Joseph Hospital. Dr. Wadie is also the chief of the Podiatric Surgery department at Camillus Surgical Center. Dr. Wadie, his wife Nansi, and their children David, Andrew and Daniel relocated from New Jersey to the Liverpool, New York area several years ago and became involved in the community. They enjoy traveling, fishing,gardening, swimming and Christian music. 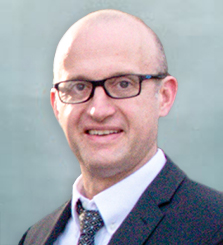 Dr. Smith is Board Certified in Foot Surgery by the American Board of Podiatric Surgery (ABPS). He is on staff at St. Joseph's Hospital Health Center, University Hospital, Auburn Memorial Hospital and Crouse Hospital, as well as several CNY surgical centers including Camillus Surgery Center.

Dr. Smith and his wife Kristen reside in Tipperary Hill with their four children, Peter, Molly, Kevin and Brendan.